Our Company Culture is Happiness – Kaizen – Deal Done, with these culture make our SUPER TEAM feel so valuable, commited and motivated. Finally our customer have been highly satisfied

Balancia Shipping Agency is an in-depth guide to your extended arm as a Shipowner, Ship’s Operator or Characters in all Indonesian ports. We provide the highest quality service through our capabilities, skills, performance and experience over the years serving customers by prioritizing customer trust and satisfaction. Let us know what your needs are and we offer a wide range of high quality services and solutions for your company.

What Is Crew Change ?

Short explanation to remind you 🙂

Crew Change is the process of exchanging seafarers based on a plan or schedule that has been determined by the shipping company, because the seafarer’s contract has been completed so he must change his position on the ship. There are two terms that need to be known in the Crew Change process, namely :

In the process Crew Change there are several things that must be prepared by the ship crew provider company, starting from preparing the complete administrative documents needed by the crew to enter the country where the Crew Change is carried out, accommodation such as airplane tickets and lodging if needed, to assisting crew needs in case of an emergency such as sick while in the process of On/Off Signer.

So, companies providing ship crew need to cooperate with local shipping agencies in the country where the Crew Change is being carried out to facilitate the activities they will carry out.

We Always Focus On Effectiveness And Eficiency

We’re very adaptive for changes and suggestions. Contact us if you need tailored service. For default these are our Service Process

Ordering flight tickets for crew who don’t have tickets yet

In the spirit of giving our best to our beloved country, Balancia Group hopes to be a significant part in the long history of Agriculture and Fish Industry. It has been more than 11 years of hard work and sometimes, struggle, in assuring that we indeed have left a significant mark in the industry. It was never a walk in the park, but we did our best to make our nation proud.

Through applied innovations and technologies, dedicated human resources, efforts to improve stakeholders‘ well-being, stable collaboration with other parties, and improvements in every aspect, we are indeed stating our presence. 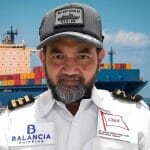 Feel Free to visit our office for Happiness Cup of Coffee. You can also contact us via email or WhatsApp for any inquiries do you have..